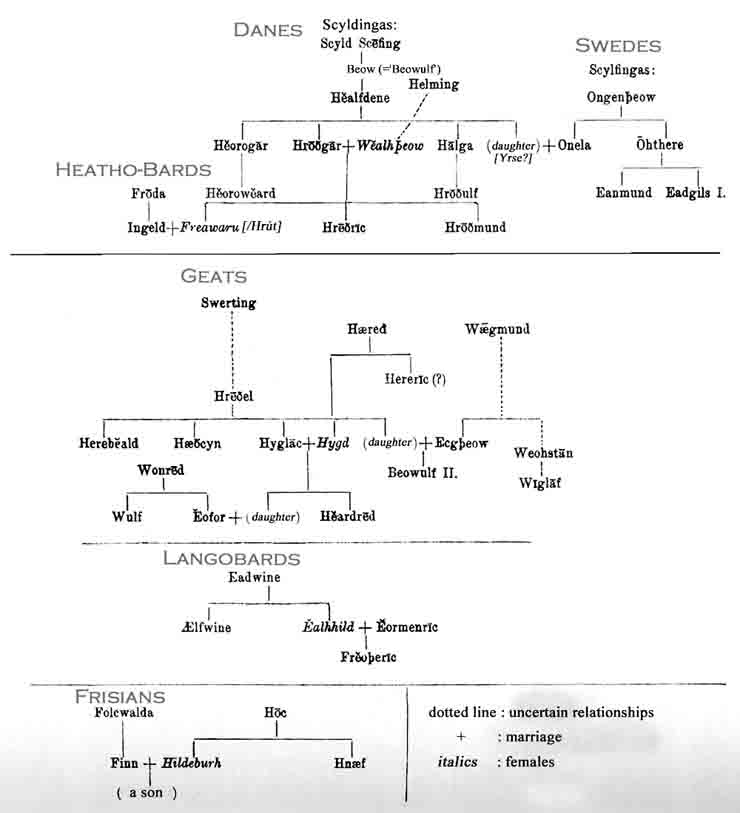 
Scandinavia (setting of the poem) 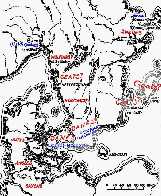 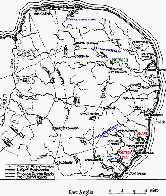 (OED = citations from the Oxford English Dictionary)
[** after a word indicates a new coining, used for words which did not survive into Modern English] 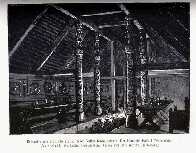 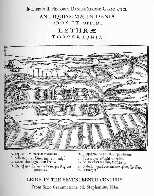 bill/bil [cf. Brady 1979] - a long, two-edged sword used primarily for hewing (rather than thrusting), though it seems to have had a sharp rather than rounded point - in Beo. it seems to be distinguished from the maiche [ mece ] (see below), though the basis for this distinction is unclear.

OED :- 'from OTeut. *biljo-(m (with WGer. ll for lj), connected by some with Skr. bhil to split, cleave. Applied to various cutting weapons and implements, the relations of which to each other are not satisfactorily ascertained. (Ger. beil , OHG. bîhal , is an entirely different word.); (1 - obs. ) a weapon of war mentioned in OE. poetry, a kind of broadsword, a falchion'.

Not to be confused with the later meaning of bill :- '(2) An obsolete military weapon used chiefly by infantry; varying in form from a simple concave blade with a long wooden handle, to a kind of concave axe with a spike at the back and its shaft terminating in a spear-head; a halberd' (OED).


maiche** (OE. mece) - [cf. Brady 1979] - a long, two-edged sword used primarily for hewing (rather than thrusting), though it seems to have had a sharp rather than rounded point - in Beo. it seems to be distinguished from the bill (see above), though the basis for this distinction is unclear.

No entry in the OED.

brond/brand - Brady (1979) believes this to refer to a short sword designed primarily for thrusting rather than hewing, but it may just be a variation for the general sense of sweord 'sword'.

In OE, secg refers to a 'blade' in the feminine, but to a 'warrior, man' in the masculine.

ring-sword/hilt - a sword whose hilt bears an ornamental ring, whose significance is unclear, but may have been ceremonial, involving the swearing of oaths (cf. Davidson's The Sword in Anglo-Saxon England, esp. 71-7, 177ff.)

byrnie - generally a short coat (not reaching below the waist) with short sleeves (above the elbow) of mail, or 'chainmail'. This mail was constructed of rows of interlocking small rings (a little less than half an inch in diameter), each one passed through four other rings and linked together by riveting or welding or both, or in alternating rows of riveted and welded rings.

OED :- 'Scottish variant of ME. brynie, brinie, with metathesis of r. The word was thus brought nearer to OE. byrne , from which however it could not directly come, as this gave only the monosyllabic *byrn'

grimhelm - helmets which include a metal 'mask', concealing and protecting the face.

wala - a re-inforced crest running sagittally over a helmet. 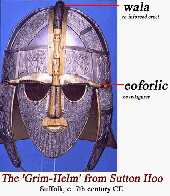 boar (helm) [eofor] - a helmet topped with a figure of a boar, thought to have be something of an amulet of protection 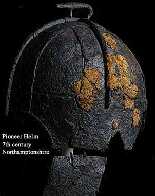 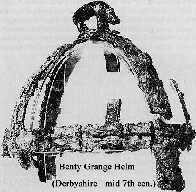 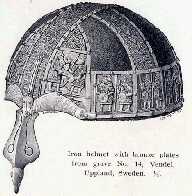 
shield-boss - The convex projection in the centre of a shield or buckler (OED).

keel - The lowest longitudinal timber of a ship or boat, on which the framework of the whole is built up; in boats and small vessels forming a prominent central ridge on the under surface; in iron vessels, a combination of iron plates taking the place and serving the purpose of the keel of a wooden vessel (OED).

prow - The fore-part of a boat or ship; the part immediately about the stem ['stem'=the timber at an extermity of a vessel] (OED).

sound - A relatively narrow channel or stretch of water, esp. one between the mainland and an island, or connecting two large bodies of water; a strait. Also, an inlet of the sea (OED).

headland - A point of land projecting into the sea or other expanse of water; a cape or promontory: now usually, a bold or lofty promontory (OED). 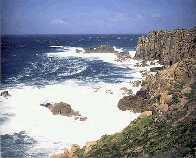 
fen - Low land covered wholly or partially with shallow water, or subject to frequent inundations; a tract of such land, a marsh (OED).

barrow - A mound of earth or stones erected in early times over a grave; a grave-mound, a tumulus (OED).

a barrow known as Wayland's Smithy,
located on the Berkshire Downs (England),
about a half mile from Uffington Castle

mead - An alcoholic liquor made by fermenting a mixture of honey and water (OED).


harp/lyre - The Anglo-Saxon hearpe is properly called a 'lyre' in Modern English: The lyre seems to have always been six stringed, but how it was played and tuned will have to remain a mystery. It is possible that each string was tuned to a different note and then just plucked, although the tunes would be severely limited with less than an octave range, or it may have been that a number of strings were used for chords and drones, whilst others had their note changed by applying pressure to the back of the string and then plucking for the melody. However it was played there seems to be a peculiarly English convention of reinforcing the top tenon joints with a decorative plaque, usually of bronze, riveted through the joint. This served not only to strengthen the joint but also to decorate the lyre. The instrument itself was made of wood, with gut or horsehair strings. The pegs, bridge and tail-piece could be of wood or bone [description from regia.org].

thane - One who in Anglo-Saxon times held lands of the king or other superior by military service; originally in the fuller designation cyninges þegn , ‘king's thane, military servant or attendant’; in later times simply thegn , as a term of rank, including several grades below that of an ealdorman or eorl and above that of the ceorl or ordinary freeman (OED). 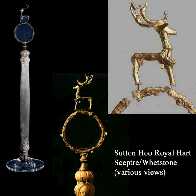 shine ** - a spectral sort of creature, likely related to the will-o'-the-wisp, possibly restricted to fens and marshes

nicor - An imaginary being supposed to live in the water; a water-demon, kelpie, river-horse (OED).

ring-hoard - The 'treasury' of a nation or people; often made up literally of gold formed into large rings, sometimes linked together. 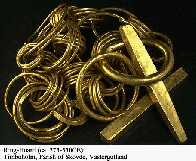